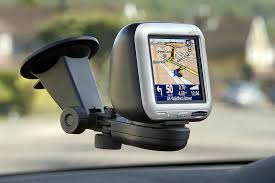 Are you ready for those summer holiday car journeys? Our top 10 tips

The government shows no signs in halting the progression of the Civil Liability Bill, with very few amendments taking place as it progresses through the parliamentary channels. Plans remain to have the blocks in place for April 2019.

This will give rise to the proposed tariff based system for whiplash type soft tissue injuries as well as the increase in the small claims limit to £5000.00 for general damages on road accident claims.

Whether the public at large will end up applauding the outcome will remain to be seen. Those opposing the reforms remain dubious as to the level of savings (if any) which will trickle down to the consumer with the promise of reduced premiums arising from the reforms by the insurer lobby. Savings could be as low as £16 a year (30p/week)

The application of a £5000 small claims limit and tariff based damages system will capture the vast bulk of personal injury claims which arise from road traffic collisions.

So far, nobody appears to have voiced opinion as to how the legal expenses insurance marketplace will operate in such an environment and Lee Jones, managing director of Free Motor Legal Ltd, gives a background of his experiences of how the motor legal protection marketplace currently works and raises  questions of how will it may operate under the proposed new regime.

First of all, let us all be honest. Motor Legal Protection (MLP)/ Legal Expenses Insurance (LEI) has for some time been a product with shady underpinnings in how it was sold to consumers and then how the product is actually operated when a claim is notified.

Years of abuse in how it was sold as a default product needing the consumer to opt out, almost akin to PPI, was corrected in 2015 by the FCA. Customers now needing to opt in rather than it appearing automatically. Take up remains high due to a “better safe than sorry” approach, rather than an understanding of what the product is for and what it does.

An attempt by the FCA following a thematic review into the sale of Add-ons in 2015 wished to lift the veil, with a suggestion that claims ratios and payout rates be published to help demonstrate value to consumers was quickly and successfully stifled by the ABI, I wonder why?

The underwriting cost of the product is incredibly low compared to the retail price. It is not unusual to see unit costs as low as £0.50p, yet retailed typically at around £30.00. This amounts to a mark up of 6000%. I have even seen tenders for major UK insurers whereby they want the underwriting costs for free (paid for by the credit hire companies and law firms appointed to their panel to do ULR and PI work).

Why are the underwriting costs so low? Because, in my experience, the underwriters of the policies seldom have to entertain paying any legal costs! It is not unheard of for “hold harmless” agreements to be entered into on the side by law firms, promising they will never seek an indemnity under the policy. This leaves the panel firms assuming all responsibility for any adverse costs and allows the underwriters to sleep easy in the knowledge they will not be troubled for payments against the policy. So they remain happy to take 50p per policy for issuing some documentation and doing little else.

It does not cause any real harm to the consumer, after all, they get referred to a law firm and don’t have to pay any costs, but what is actually going on behind the scenes is of dubious merit.

It was this modus operandi which gave me the lightbulb moment for Free Motor Legal, seeing that frankly it made little difference to the lawyer if there was LEI cover present or not. They knew they were never going to be able to rock up to the LEI provider and seek payment for costs and disbursements on a case they lost. So I was able to create a free alternative to the underwritten product which performs the same functions for motor claims in England, Scotland & Wales.

Motorists sign up for free membership and in the event they have a non-fault accident and have losses or damage to claim, they will be referred to a lawyer and will not have to pay any fees and there are no success fee deductions. Essentially a LEI model without any actual LEI in place. Clients also benefit from an uplift of 10% on general damages due to the CFA in place with the panel law firm. So they actually get a better general damages settlement than somebody represented under a Legal Expenses policy!

As cases are progressed by way of a no win no fee arrangement, the client has protection against costs under the Qualified One-Way Costs Shifting (QOCS).

The system of LEI polices being used as a claims capture mechanism has operated for years and has seen colossal income streams for insurers and brokers alike. They have earned healthy mark ups from the sale of the product and thereafter impressive levels of income from referral fees and later “marketing fees” for personal injury and credit hire claims captured. Some insurers and brokers have danced around the regulations introduced in 2012 when referral fees were banned by simply taking ownership or financial interests in law firms under “Alternative Business Structures”

Now all of this is about to change, bringing about several questions.

It is clear that LEI works by avoiding having to pay lawyers for their work. The “reasonable prospects of success” clause contained in every policy allows cases with dubious merit to be cast aside. This helps the lawyers to avoid taking on cases where they can see trouble or a significant risk of being left writing off fees and expenses. Again allowing the underwriters to dodge any possible costs liabilities down the line.

Non-injury cases such as uninsured loss recovery have always been loss-making territory for the panel lawyer. These cases, sometimes requiring the instruction of counsel for a small claims hearing at a cost to the lawyer, were subsidised by the fee generating PI claims. Put simply, the lawyers get paid on the cases they win (by the third party insurers) and they absorb the losses on the cases they don’t win or are unable to progress. This again is the model Free Motor Legal adopted.

So if we move to April 2019 and have 95% of personal injury claims falling within the small claims track, that will mean no costs pre-litigation like we currently see under the Low Value RTA Protocol  and meagre levels of any costs in litigated claims. So there will be no food on the table for lawyers in terms of fees.

Due to the proposed tariff of damages, which will see somebody with a 3 month period of injuries receiving less than somebody delayed at Gatwick for 4 hours, there will be minimal levels of success fees to  deduct from damages.

So a whole new territory will appear and this gives rise to several questions and concerns for consumers:

After April 2019, will a person who has paid for a legal expenses policy with say, £100k of legal costs covered expect to see a panel law firm appointed to deal with their 6 month whiplash claim that will then be worth less than £500?

Are LEI providers going to pay their panel lawyers to deal with such claims? I suspect not. If they do, I suspect the level of costs payable will be very small, causing such firms to restructure significantly.

Are they going to take all services in-house? Or will exclusion clauses arise in rewritten policy T&C’s to again avoid the risk of outlays for legal costs arising? I predict matters being retained in-house and panel firms largely disappearing.

Or will motorists, realising they are going to have to go it alone in the claims process, cease to buy Legal Expenses Insurance? Only time will tell, much depending on how educated the public are on such a matter. On past consideration, add-ons such as LEI are completely misunderstood and it is quite likely insurers may succeed in selling this product for many years to come, whilst having to provide less and less support.

The absence of any proper income steams from personal injury work will also stifle the ability to cover the costs of the non-injury work, such as basic uninsured loss recovery litigation.

Although the reforms carried under the Civil Liability Bill are not yet finalised and hopefully there will be some sensible debate within the House of Commons to realise that a lot of the objectives of the bill are already being met by the outcome of previous reforms whilst insurance company profits continue to soar, there has yet to be any soundbites from the insurance industry on how these products will work for consumers in the future and the legal services industry seems to have not yet offered any opinion yet.

What are your views?